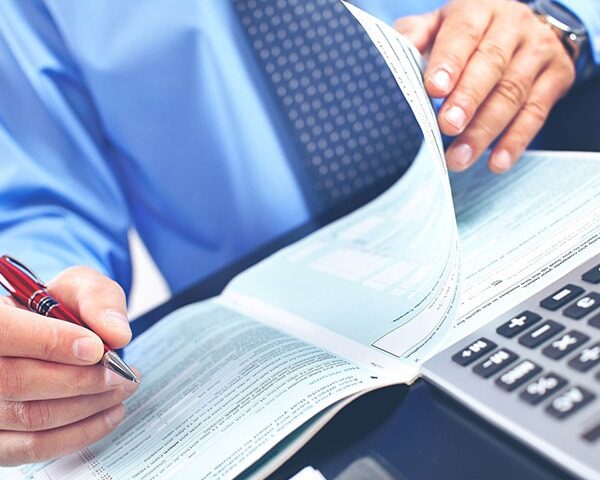 Advice Capital Vision Fund is a concentrated global long-term, absolute return, long only equity fund. The mandate is selecting around 25 companies with structural growth and increased probability of being multibaggers towards 2035. A prudent risk/return method is applied using GARP (growth at a reasonable price). The key objective is capital growth. The asset manager is a major holder of the fund.

You make money by putting your eggs in one basket. But you keep your wealth by spreading it out.

The mandate is based in decades of investment experience by board member Ole Søeberg, who also functions as asset manager for the fund.

Global economic growth is most likely to be modest in the coming decades as population and productivity growth is low and inflation seems fixed at a low level.

Returns from risk-free assets such as government bonds and cash deposits are below inflation rates, which gradually will reduce the purchasing power of your savings in the longer term.

In an investment environment with no risk-free returns, one has to move out the risk curve to achieve any kind of positive returns in the longer run. Stock market investors have over the past 30-40 years become accustomed to annual returns of 8%, however given the economic pace and modest inflation the coming decades are more likely to generate returns at the 5% level.

Advice Capital Vision Fund is designed to fit the part of our savings where you have capital growth and at least 5 years investment horizon.

The identification and selection process

Who would have liked to be the holder of Amazon, Apple, Genmab and Novo Nordisk for the last 10-15 years?

Increased usage of smartphones was a big part of the roadmap in 2005-10 period and yet if you invested in Apple at the peak in 2007 you would still make 24% per year towards 2020. Likewise, the increase in obesity that leads to diabetes was not a new phenomenon in 2005-10 period. Again, if you bought Novo Nordisk at the peak in early 2008 you would still make 16% per year towards 2020 including a major set-back in 2016-17.

In 2020 the roadmap for the next 10-15 years is a mentioned characterized by modest economic growth, so the ability to select companies that grow revenues in a profitable way is a key driver for wealth growth, – accumulation and – preservation.

The 2020ies will likely go into the history books as the decade where deep digitalization, artificial intelligence, advanced medicines, genomics and renewable energy changed our lives. The way companies operate, how consumers interact, how healthcare systems work and how we source a rapid increase in energy demand, will change significantly during the 2020ies.

Finding the companies that will be the signature companies of 2030-35 is not an easy task, however it’s possible to look in the direction of most likeliness and the do the due diligence and selection in those ponds; deep digitalization, genomics and advanced medicines and CO2 and environmentally friendly solutions.

A key ingredient for investment success is finding and holding on to multi-baggers; companies that grow revenues and earnings year in and year out.

In the below figure is the schematic version of a company with a very large potential revenue pool and how its valued during its life timing towards maturity. With 100% visibility of the future an investor wouldn’t mind paying a very high price for a company because the investor would know that in 30 years one would get the investment back at the annual required return.

100% visibility of the future is not possible, so companies trading at very high valuation might well be the best businesses 30 years out, but if it’s already discounted then your return will be market return i.e. closer to 5% per year.

The reason Apple and Novo Nordisk performed much better is that fact that their performance since late 2000ies was much better than expected and the understanding of their market potential rose as time went on.

So how to identify companies that are valued at a reasonable price and with potential to surprise on the upside?

This is where Advice Capital Vision Fund spend it’s due diligence time and capital. Not all investments will work out, but with prudent analysis of the future potential and identifying risks it’s possible to give more exposure to the most promising companies for the future.

The key drivers are revenue growth and profitability. And by profitability it means return on invested capital. Stock markets might seem irrational in the shorter perspective, but in the longer perspective everything is rational and less volatile.

There’s another factor Advice Capital Vision Fund is fully aware of; it’s relatively few companies making most of the value creation over longer time periods. In 2020 the global market capitalization of all 65.000 listed companies is 95 trillion US-dollars. A massive increase from the 24 trillion US-dollars in 1990. Digging into the details it’s mind-blowing that only 800 companies out of 61.000 companies generated 80% of the increase in value. And just 125 companies generated 40% of the added value.

Since inception in late 2018 and to late 2020 Advice Capital Vision Fund have two companies that are multibaggers and three companies that have doubled.